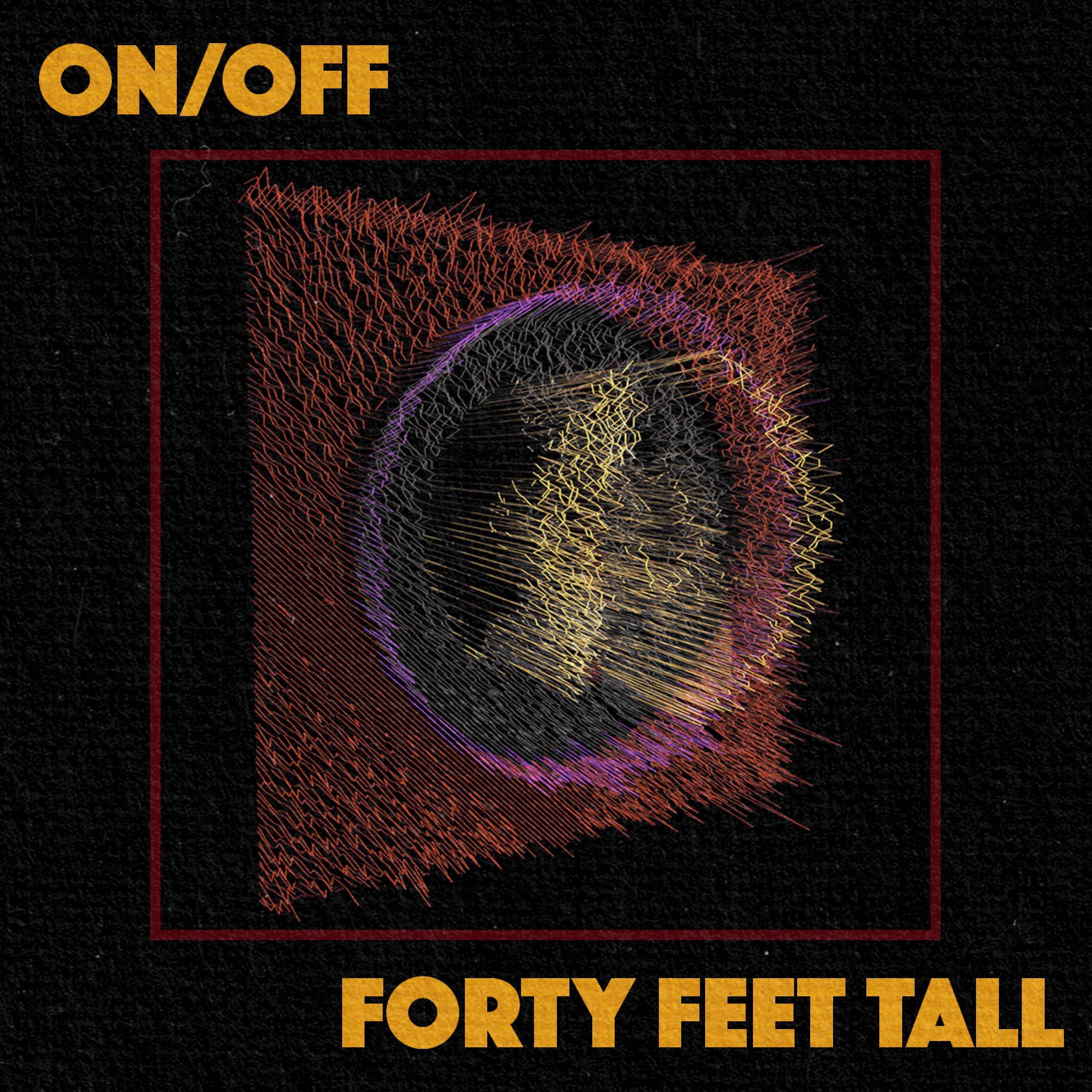 On Friday, April 3, 2020, up and coming post-punk band, Forty Feet Tall, released their new two-sided single, "On/Of". The release is paired with "Rain Machine", a daring and evocative narrative proving worthy of the band's growing reputation. Forty Feet Tall paved their humble beginnings in 2011 as high schoolers in Los Angeles, California. With one foot still on the school bus, they began playing LA's most famous venues. Venues such as, the The Troubadour, Roxy and the Whiskey A-Go-Go. The band, later known to Portland Oregon's music network as Forty Feet Tall, gained a loyal following through the immersive experience the band creates and a reputation for rebellious ascension.

On/Off, the title track to the band's recent release begins with singer Cole Gann's voice and drummer Ian Kelly. The vocals dance in and out in tight falsetto over a heavily syncopated foundation. The two create a juxtaposition of sweet warm rain and the prophetic inclination that something exciting is coming. The poisonous lace of melody and architecture entrances the listener and bewitches them with unconscious permission. Hypnotic and exciting, the track begins to rise as guitarist Jack Sehres and bassist Brett Marquette push the listener further into their weave of an inviting vortex. Heavy bolts of electric guitar and bass rumble inside the cornea forcing the listener to blink, simply to remain conscious.

Leading the band's debut release of "On/Off" is a self released music video. The video shows bassist, Brett Marquette awaking from a dream. The video is set in a retroscape tennis court reminiscing the 1970s era. Clothed in revealing, vintage tennis attire, the band orchestrates in scolding combat. In what began as a friendly match, takes on heat in sync with the video's song. Though the video’s theme does not identify with the context of the song, the pairing surprisingly adheres with Forty Feet Tall's edgy and rock based foundation. “We had a goddamn blast,” says lead singer/guitarist Cole Gann. “It was just friends on the verge of goofing off a little too much, until Haydn, our director, would rein us back in to finish the scene.” The music video was directed, filmed, and produced by Haydn Cieri over the span of 2 days. The music video for the title track of the bands release, "On/Off" was recorded locally in Mount Tabor, Portland Oregon.

Visceral and visual stimuli aside, the band has coupled the release with a B-side, adding to this already fiery tango of teeth clenching, and strangely sultry nirvana. “Rain Machine,” describes the excuses and self made justifications pardoning subpar behavior. The song begins in haste, erupting in rapid and emotion driven drum blasts in concurrence to deep and passion propelled guitars, all leaving you with the taste of rain on your tongue. Synesthesia inducing, the band reigns triumphant in great cacophony of sound; all instruments participating in exciting a wall vibration. Then as sudden as it began, the listener slides down the water shoot, filled to the bursting brim by the intro of the song. There are instrumental parts at play. The in and out weaving Gann's vocals against the proud and victorious guitar. "Rain Machine"'s stylings and idioms is a hard wink to some of the bands most cherished genres. Hard and riff-based, aggressive and expansive, the band's sound is somewhere between The Strokes and Queens of the Stone Age. All the while remaining something undiscovered.

It is evident Forty Feet Tall's ability to create substantive and infectious music. They are both, talented and hungry and a band keep on your radar. Check out this new release and video pairing, on their website and for the bands tour dates.