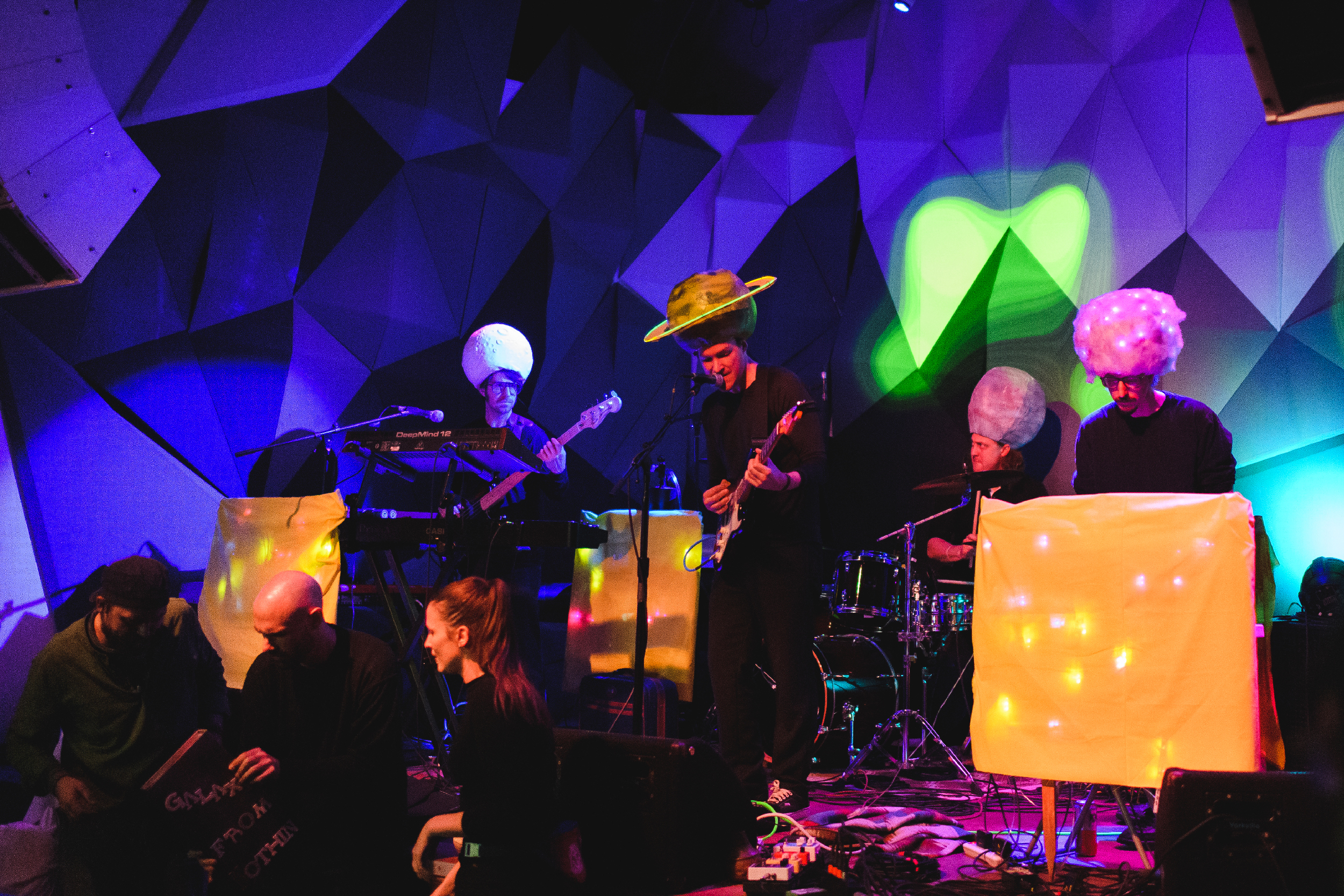 If there’s one thing the guys from Salo Panto want you to know, it’s that they’re ready and excited to move full-steam ahead. With another album in the works, a new sound on the horizon and some fun collaborations in the mix, it’s hard not to be. But first, let’s talk puppets.

When producer Anya Bogorad approached Salo Panto about being paired with a trio of puppeteers for an upcoming collaborative concert at Holocene, the answer was a definite yes – and perhaps a curious tilt of the head. Puppeteering is not something they’d explored before (who has?) but with their whirling jams and intergalactic synths it seemed the perfect match for some puppet viewing.

The result was a trippy fun experience that seemed to blow everyone away. 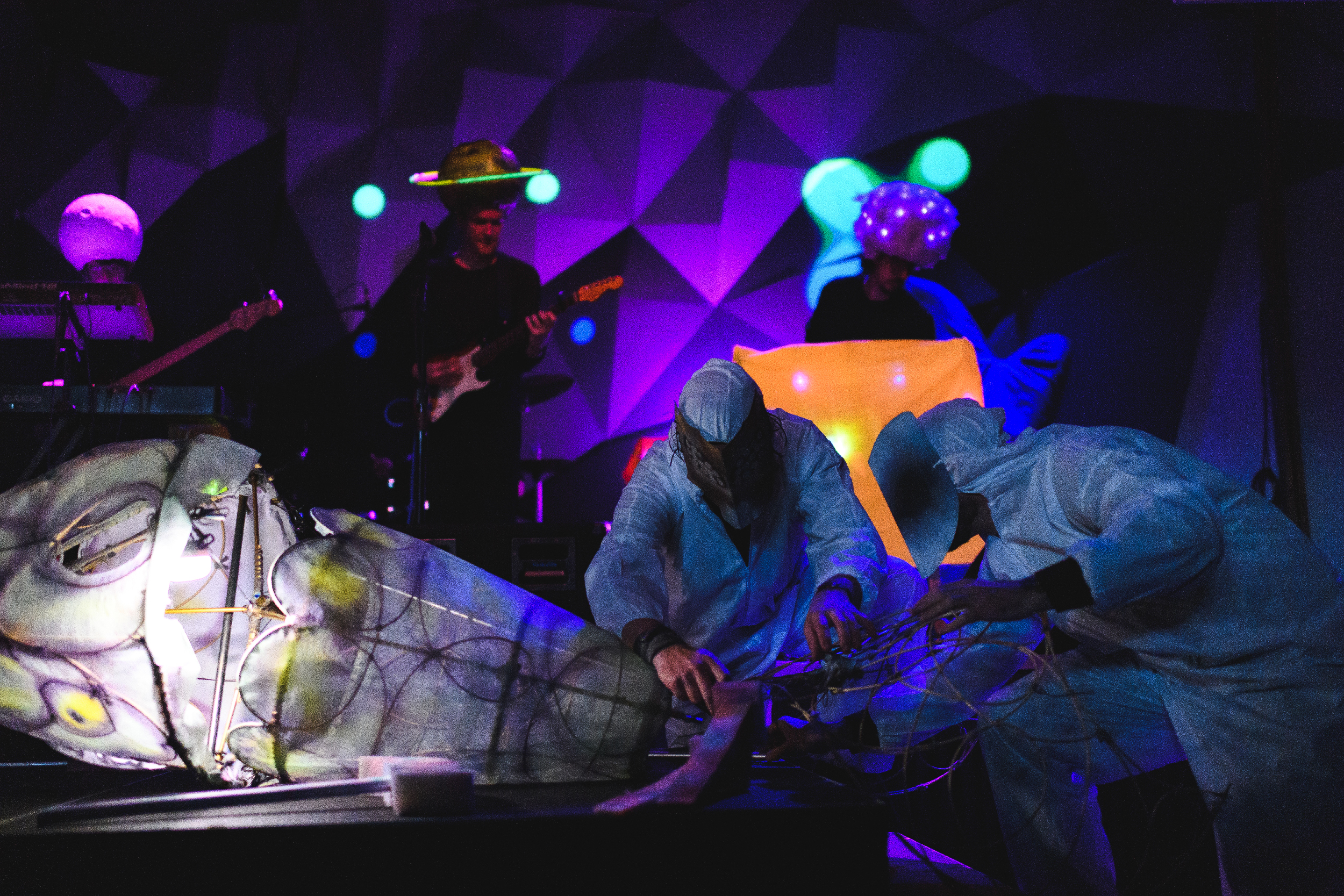 “Honestly, I had a hard time not watching while I was playing,” says drummer David Kudelka. As the play got more elaborate and the crowd oo-ed, aw-ed and laughed, the band’s energy grew into a powerful backdrop for the unfolding story on the floor below. 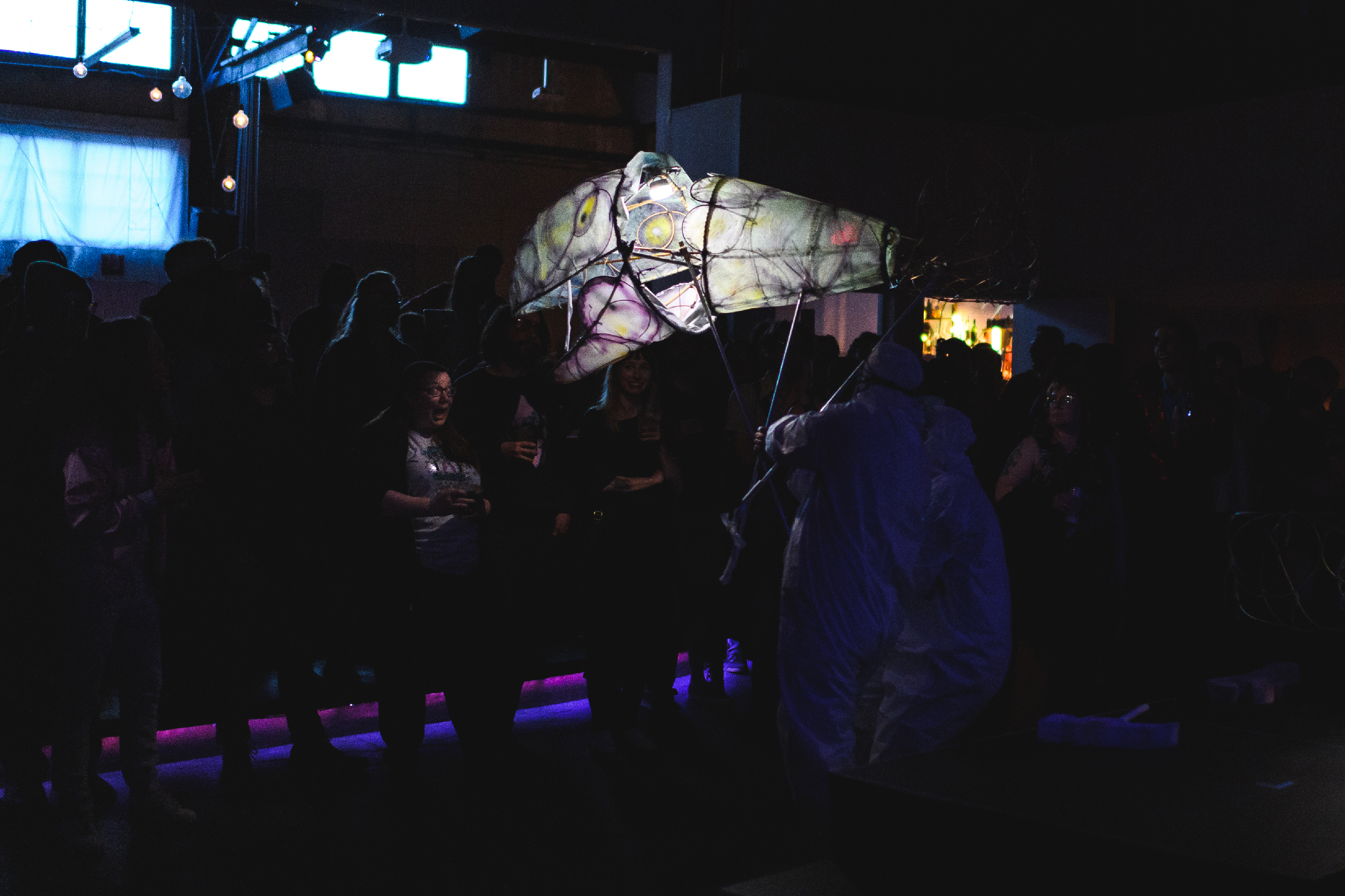 A charming ringmasteress orchestrated the creation of a giant, translucent fish creature that was floated around the room. This leading puppeteer was Liz Ghiz, accompanied by Matthew Laird and Matt Hopkins. After connecting with Bogorad, the trio met up one night at Space Room and couldn’t help but be inspired by the kooky bar’s spacey vibes. The resulting storyline was a creation story hinting at humankind’s destruction of earth. The band members were dressed in all black and wore big planets on their heads to represent the solar system.

“That was just the universe being cool,” says synthmaster Edwin Beach when asked how the play fit so well with what the band is vibin on right now. The band is in a new phase of exploration with their upcoming album.

“We’re excited to go full-steam ahead,” shares Kudelka after the show. “We’re taking everything in stride and exploring new ranges like we’ve never done before.” 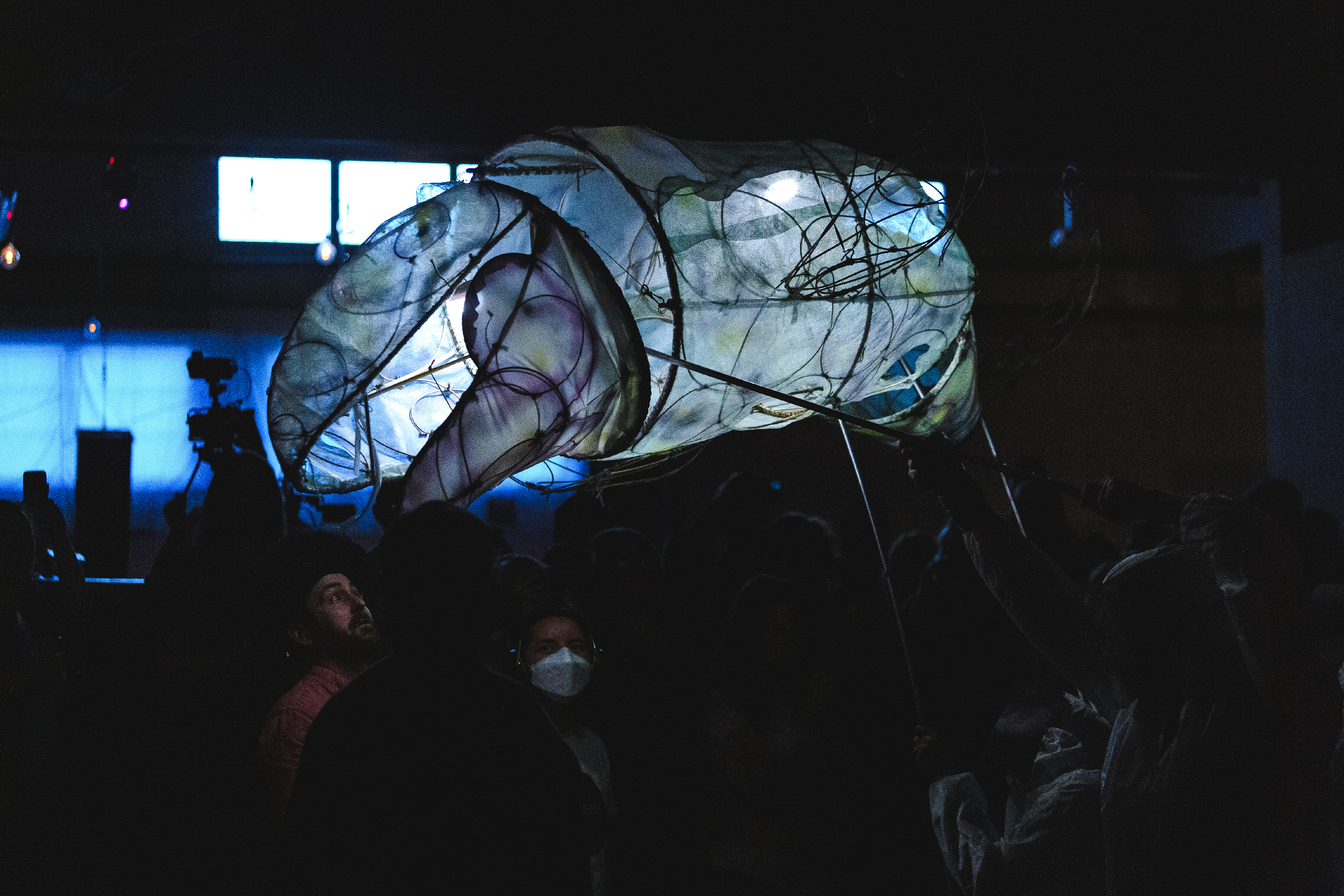 Salo Panto is Joe Garwig on vocals and guitar, Edwin Beach on sampler, synthesizer and hand percussion, Max Doyle on bass and synthesizer and Dave Kudelka on drums. The band is set to record a new album this summer. See them June 18 at No Fun Bar. 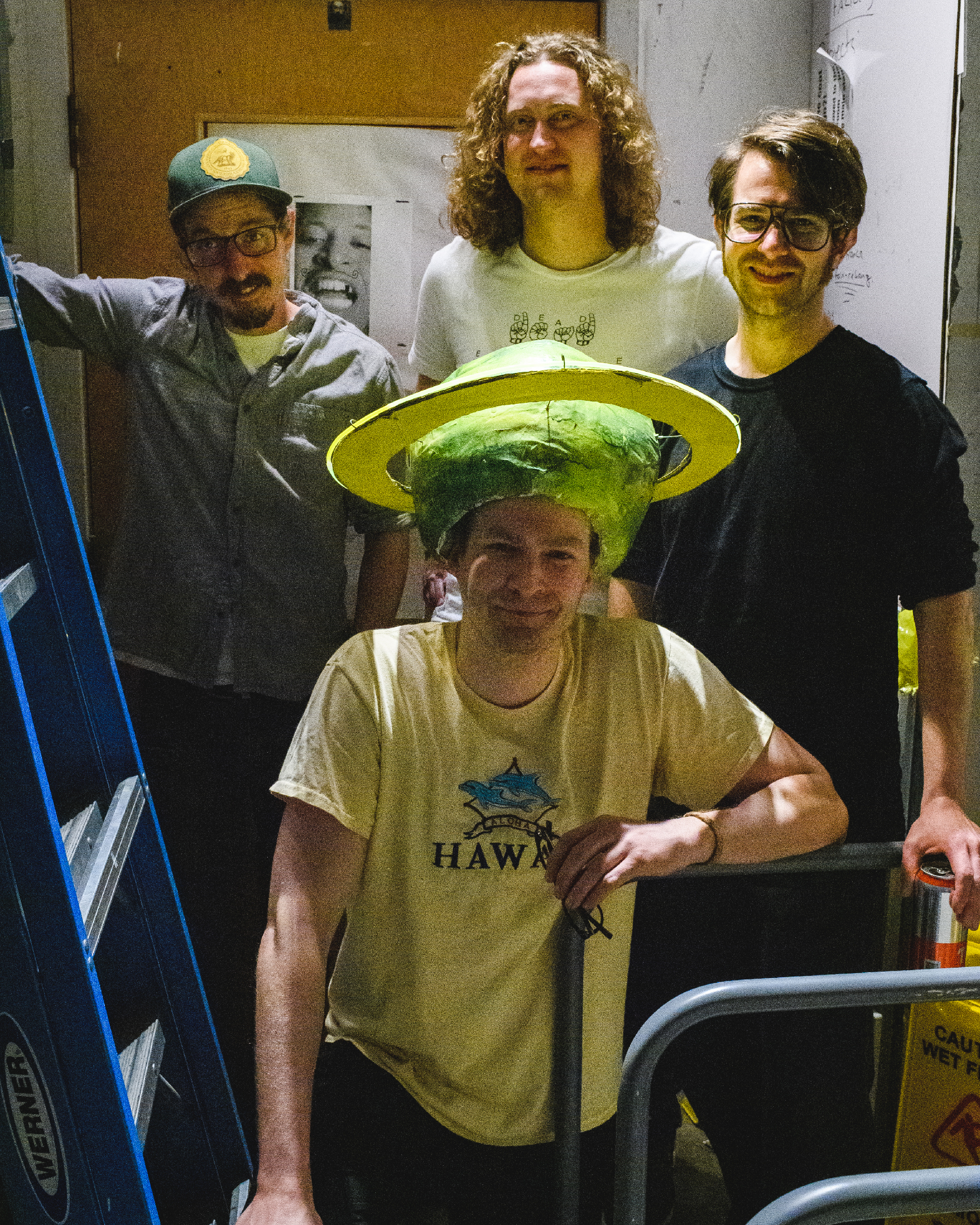