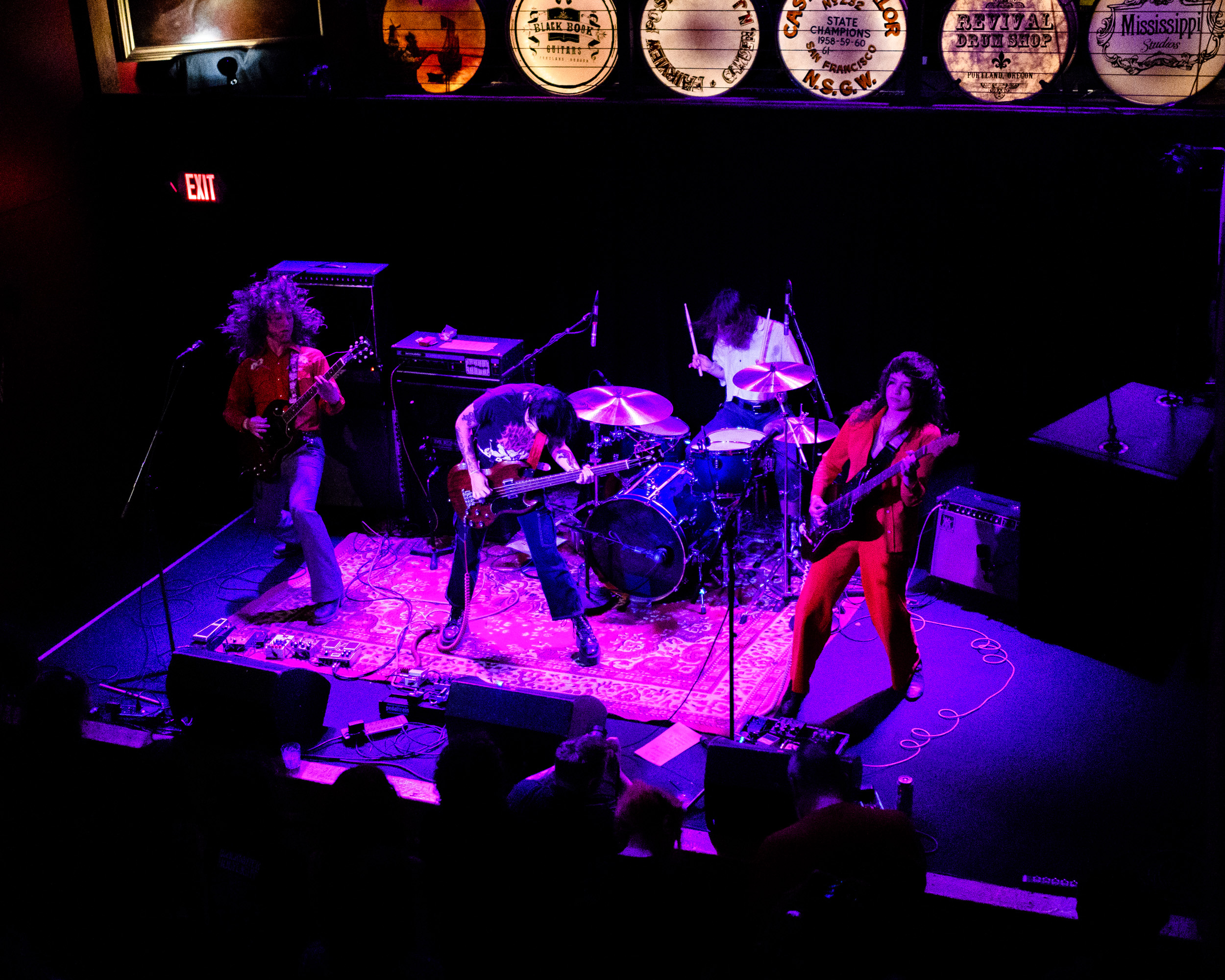 The crowd’s anticipation was palpable as they piled up to the front of the stage waiting for the Spoon Benders. The Mississippi Studios headliner opened their August 5th set with a haunting guitar riff that was doubled by the bass, but soon gave way to thundering chord changes. It wasn’t long before the mosh pit started.

The Portland band’s debut album Dura Matter, released in May of 2020, has definitely turned some heads, making them a local favorite and setting the Spoon Benders on course to sit atop the city’s psyche/punk scene. 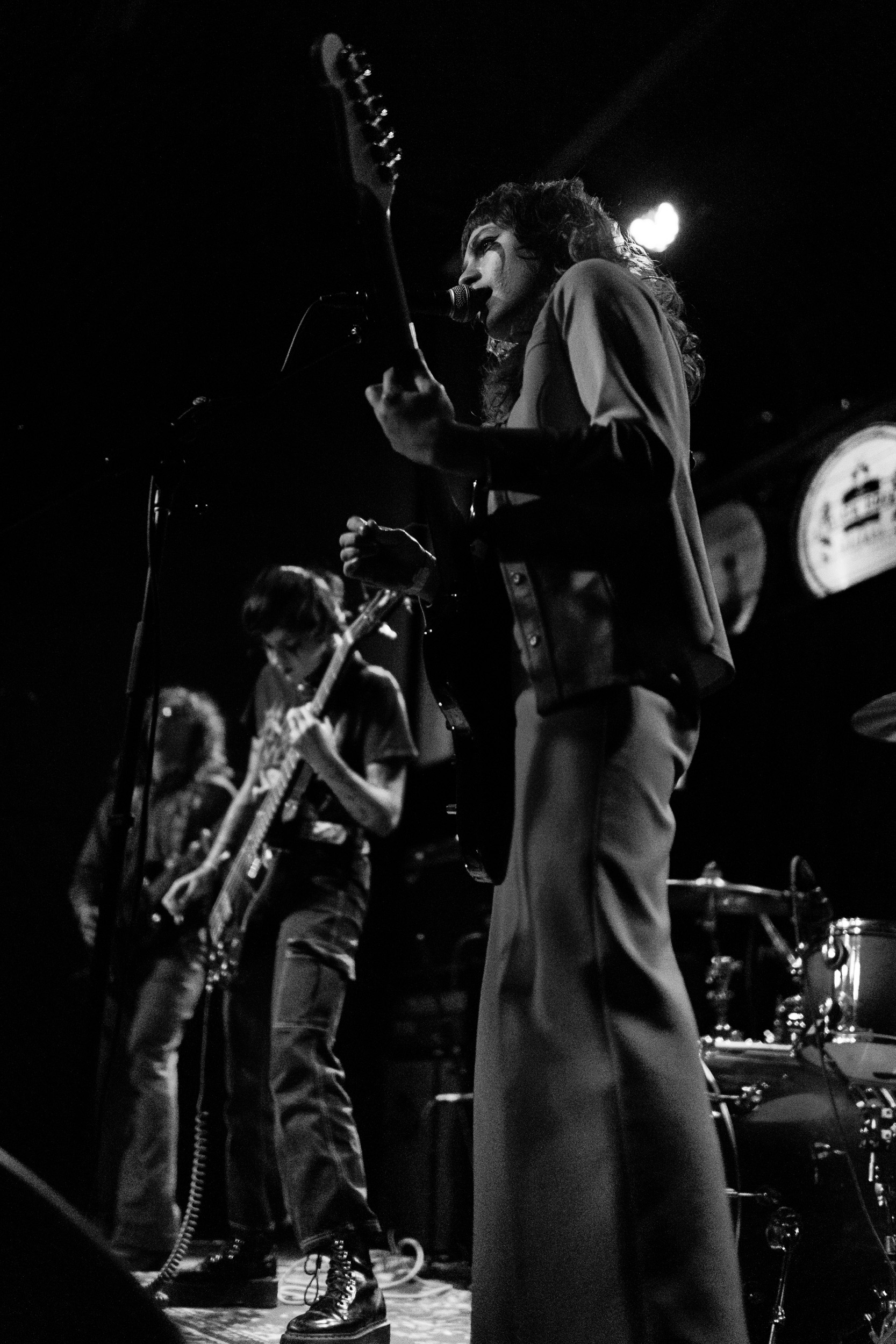 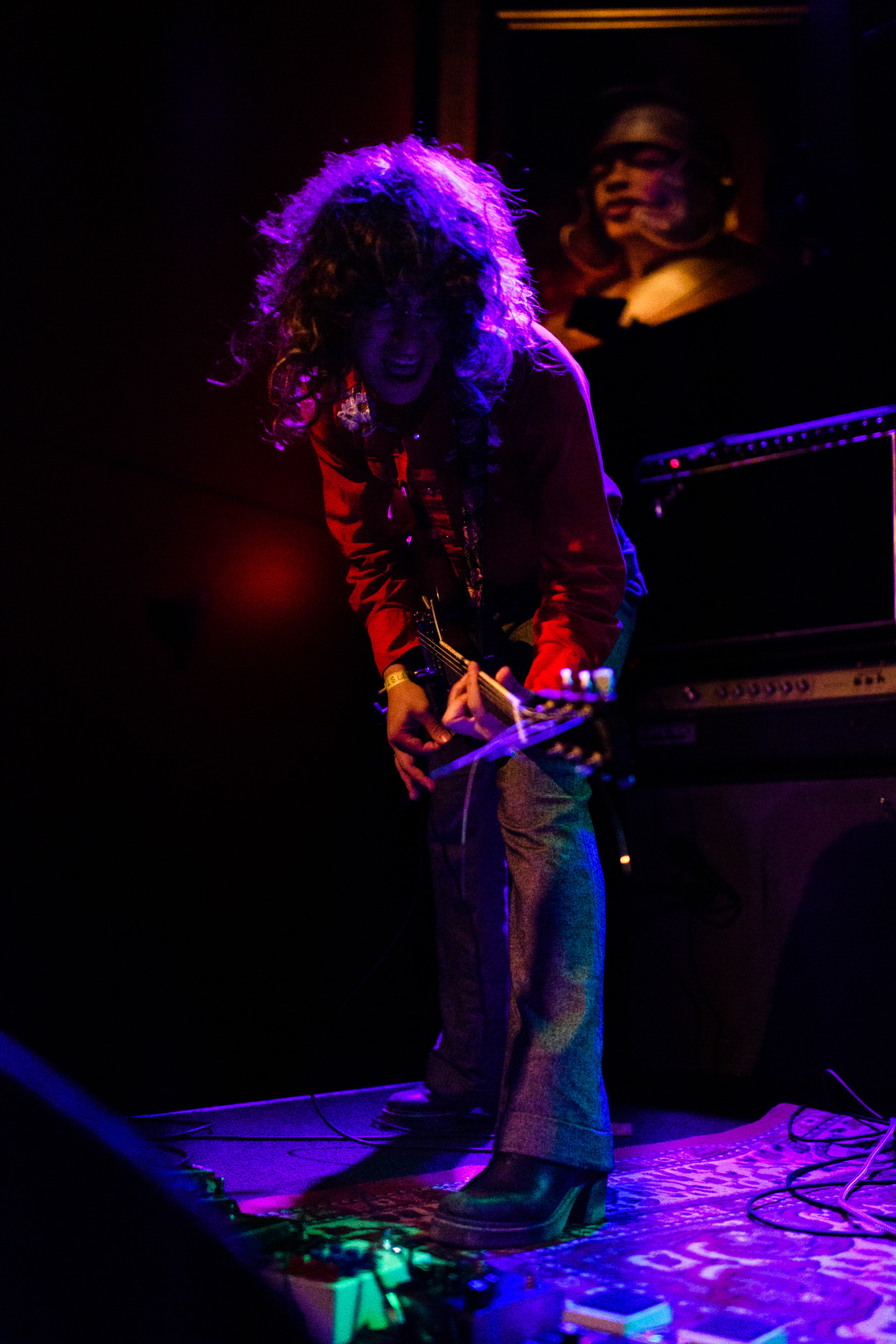 The heart pounding drums of AJ Herald and ground shaking lines by bassist Velvet anchor the rhythm section, leaving room for lead guitarist Buffy Pastor to shred her Gibson SG into oblivion. Lead Singer and founder, Katy Black, added the final layer of grit and drive with her rhythm guitar playing while dawning a red pants suit, in which she surely could have represented Lucifer in a court of law. Black typically uses a talk-singing style of vocals, but at a few choice moments reaches into a tremolo effect reminiscent of a possessed Grace Slick. The overall effect creates a wall of crunchy power chords topped with bewitching vocals and interspersed with hypnotic guitar hooks that draw you into a head bobbing meditation before erupting in a sonic explosion.

With sounds as heavy as anything by Black Sabbath, and in line with garage-rock icons like The Stooges, it's safe to say they delivered everything their fans were clamoring for and then some. After a supercharged set, they thanked the crowd and said goodnight, only to return to the stage moments later to chants for, “One more!” 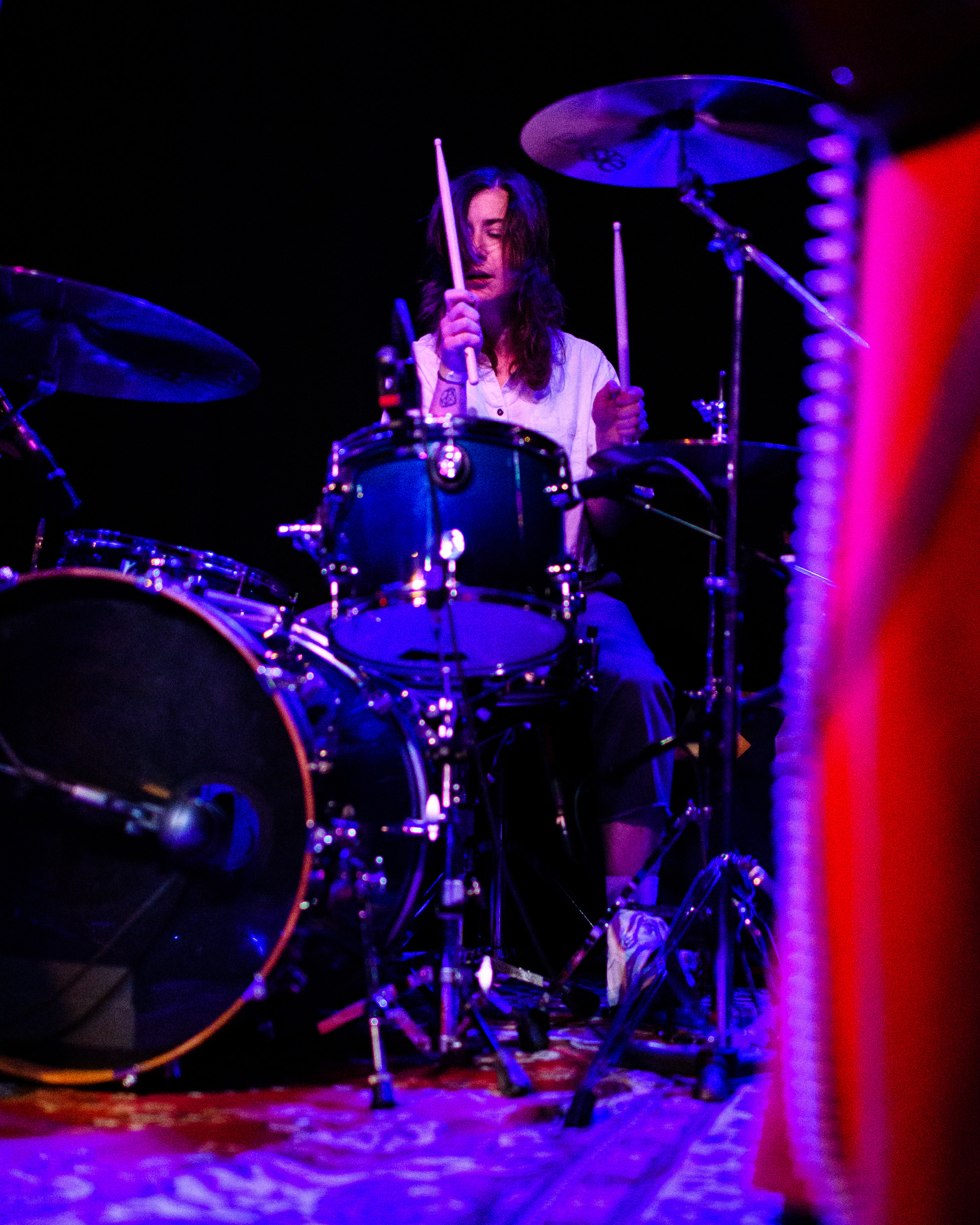 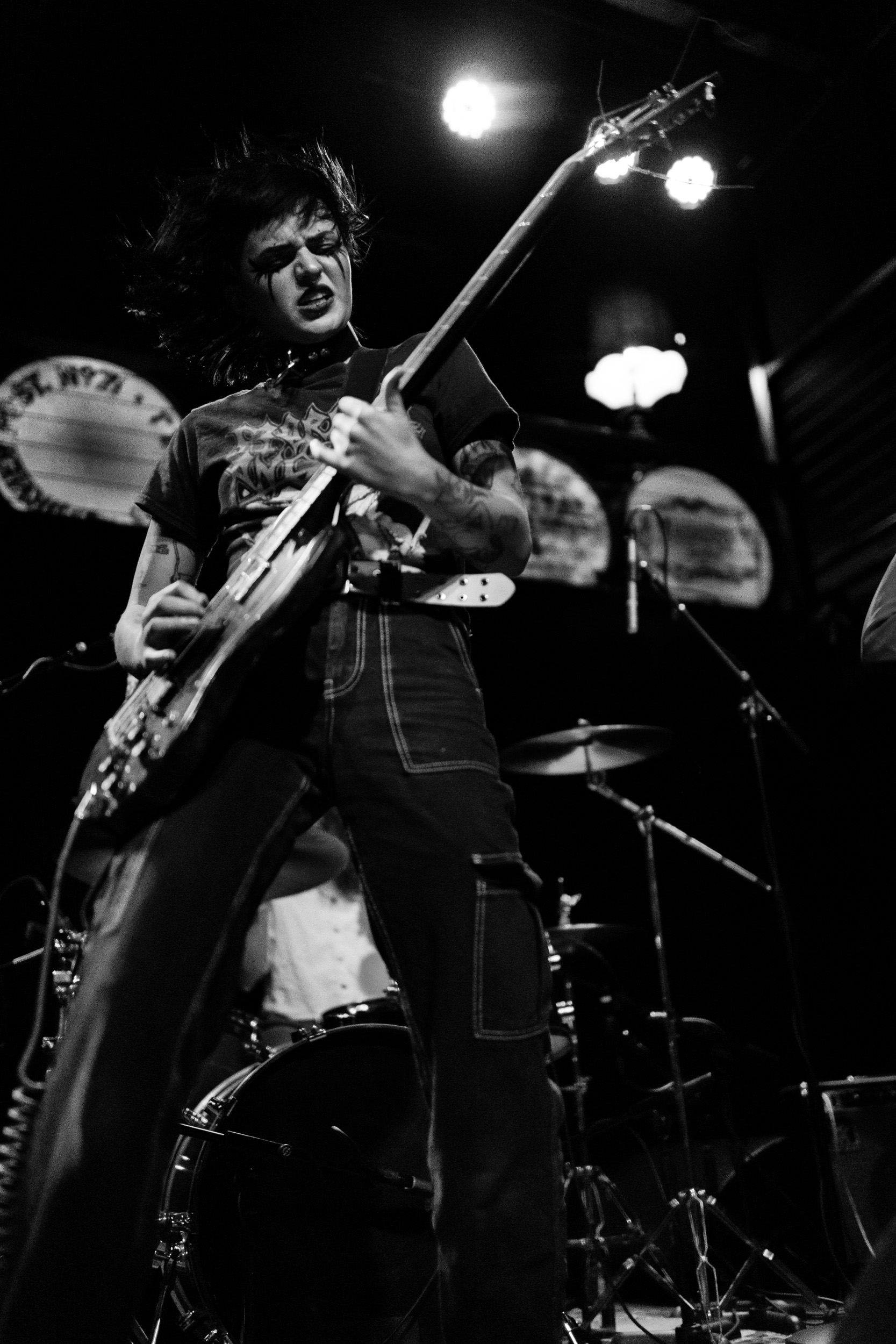 If you have yet to experience the sonic stylings of Spoon Benders, do yourself a favor and make your way to an upcoming show or head to their Bandcamp page to listen and purchase one of their singles and their album, Dura Matter, available in digital, cassette and vinyl. Black shared word of a new album dropping soon, so keep your ears peeled for this sure to be gem of a record. 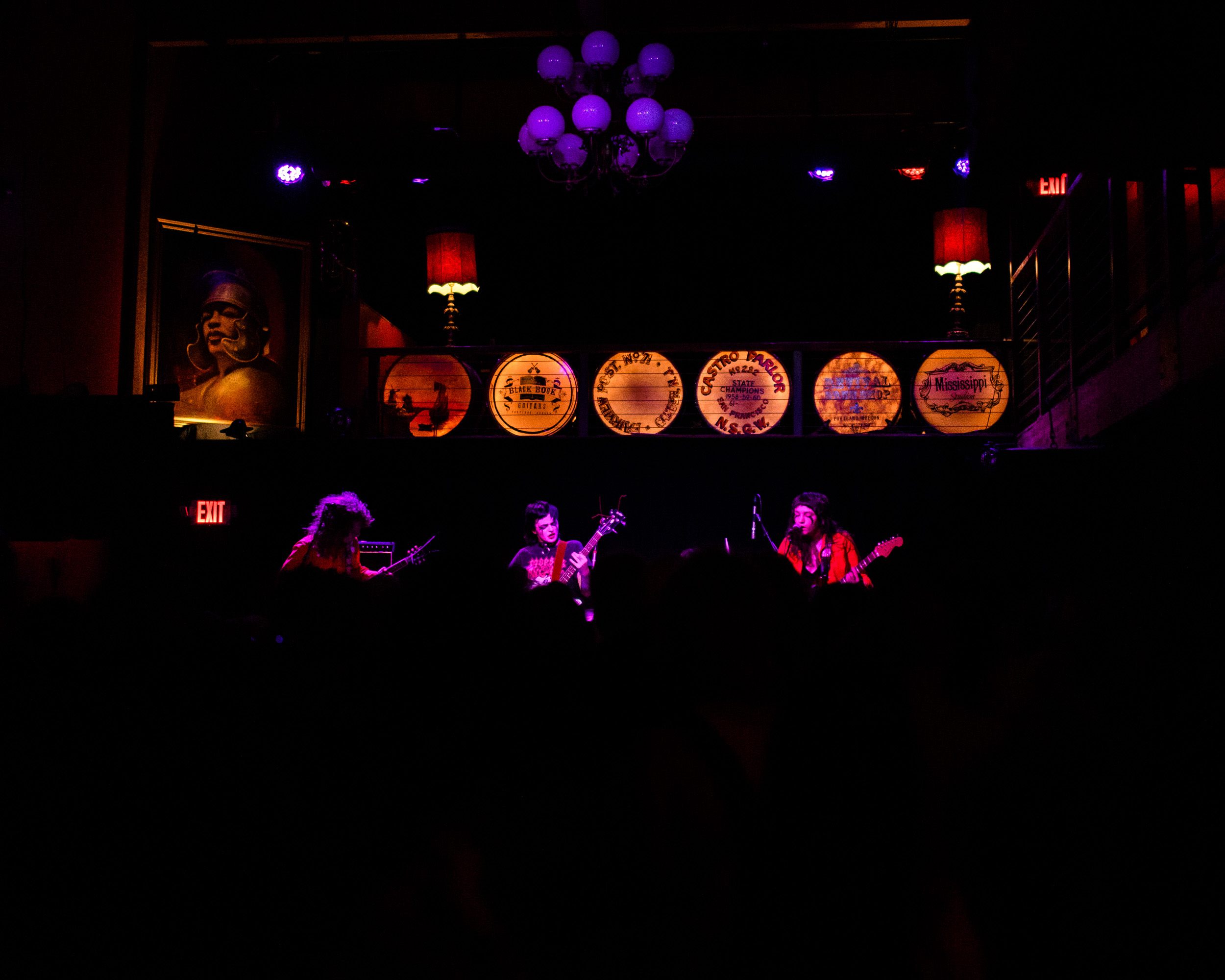