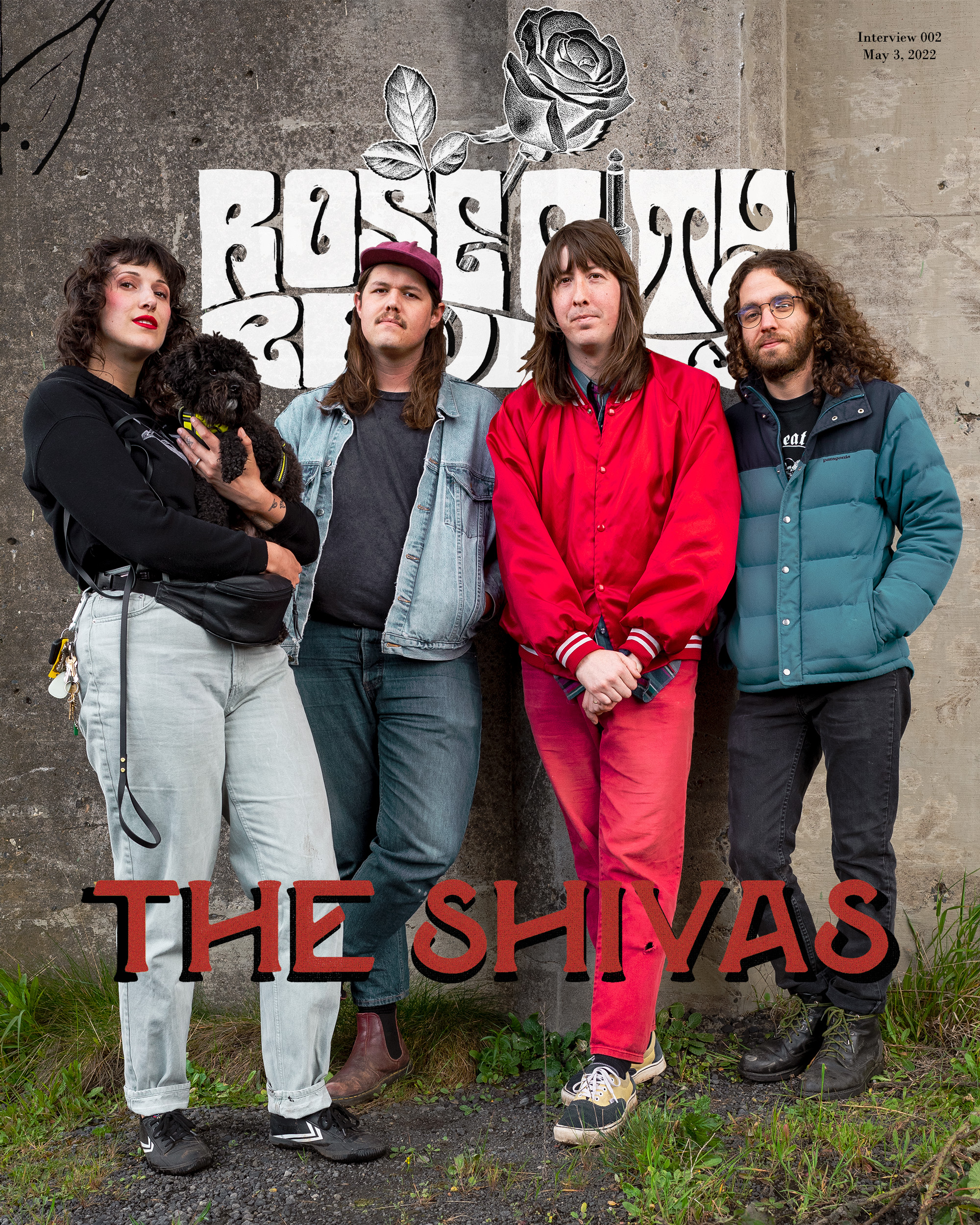 Shivas Shred a New One at One Moto Show

“Do you know who this band is?” asks a gray-haired gentleman, his skin tanned and wrinkled from years of biking. He’s here for the One Moto Show, geeking out on the expansive collection of custom motorcycles, but as soon as the band started up he was drawn over.

The writer leans forward and shouts, “The Shivas!”

The band launches into song “Turn me on.” The crowd is growing, heads are bopping. The energy at the motorcycle show has officially shifted.

“Damn, they’re good.” The old timer confirms after a couple more numbers. “Reminds me of music back in the day.” 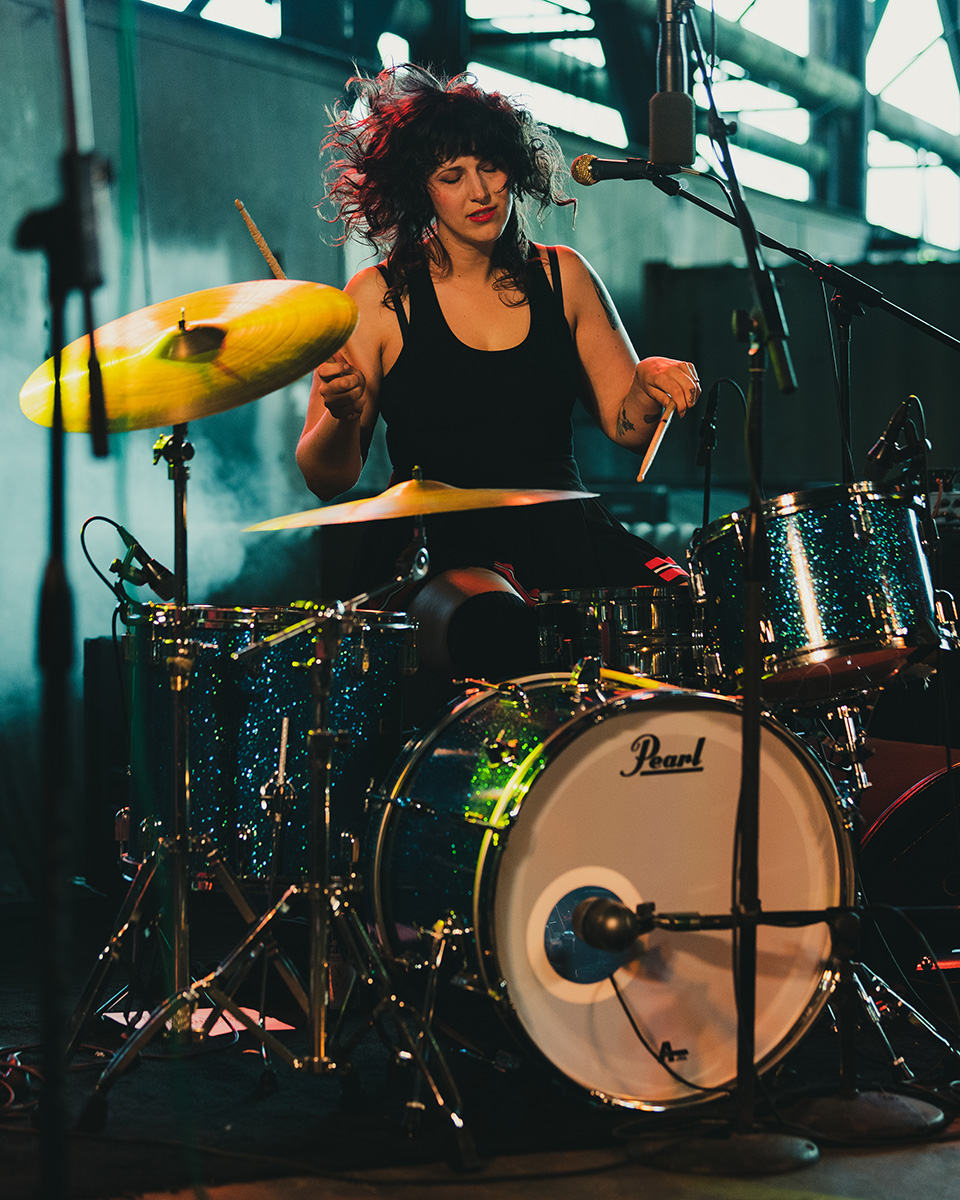 It’s no wonder the ol’ rocker was reminiscing about days of yore. The Shivas have a sixties doo-wop surf rock sound going on and it’s hard not to feel good when they’re playing. Some tracks have a Big Star feel, others evoke The Ramones. Songs are endearing without being cheesy, and they’re just good ol’ fashioned rock n roll with a lot to keep you glued.

Their latest album, Feels So Good// Feels So Bad (released September 2021 on Tender Loving Empire) is full of the same energy they're bringing to the stage. Like most bands in the last couple years, they've really missed touring. But, like many other bands with Covid-canceled tours, The Shivas were able to find a silver lining.

“If we’d been touring during that time, the album wouldn’t have been the same at all,” shares singer and guitarist Jared Molyneux. The Shivas folks were able to spend more time than they ever had on their songwriting process. 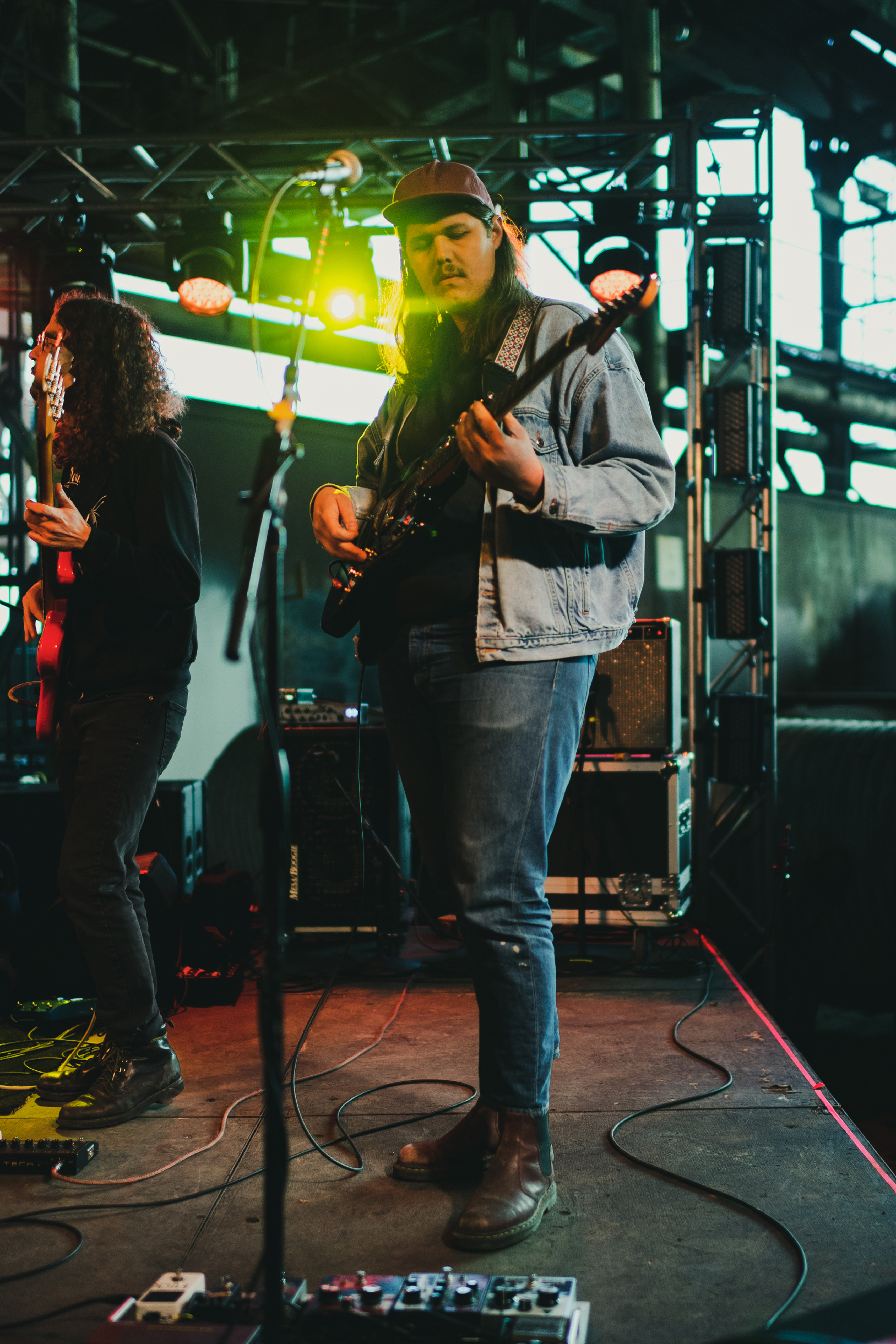 Each member spent a lot more time working on their parts alone, recording demos at home then sending their work back and forth. By the time they reached the studio, their songs were more learned and practiced.

“We had so much more time to go over our parts, so we came to the studio really prepared and excited,” shares guitarist Jeff City.

“It helped that we were working with the same recording engineer as we did on our last record,” chimes in bassist Eric Shanafelt. He’s referring to Portland’s Cameron Spies, whose expansive engineering portfolio includes Reptaliens, Night Heron and The Saxophones. “So we had these kind of unspoken procedures going into the studio.” 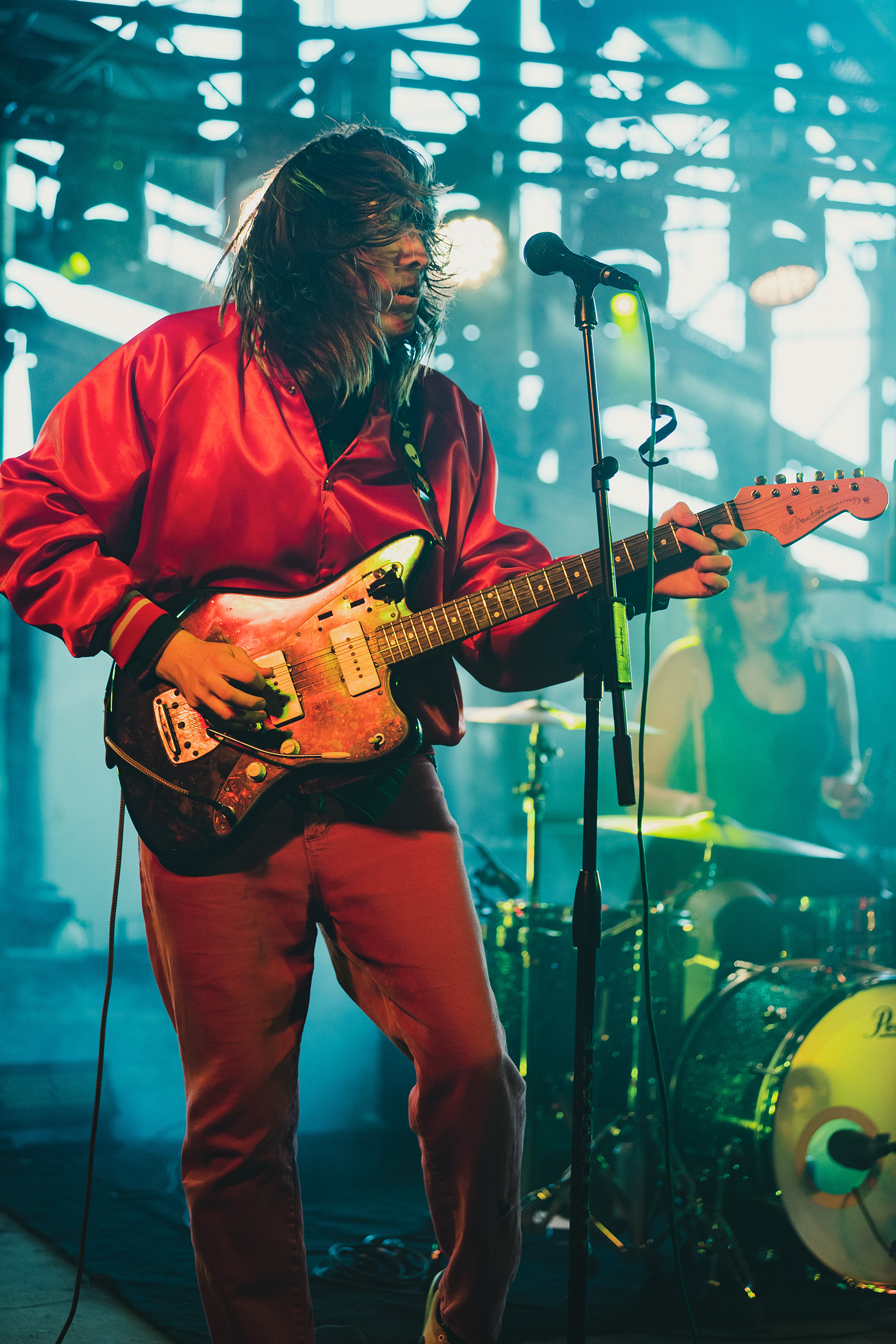 Feels So Good// Feels So Bad has some stand out love bangers like, “Tell Me That You Love Me” and “If I Could Choose.” One of the album’s favorite hits, “Rock Me Baby,” was written right before the band jumped into the studio. Singer-drummer Kristen Leonard shares how she was struck by the idea for the song. Bolstered by the sudden inspiration, the band got to quick work.

The One Moto crowd approves in a collective head bop.

After the One Moto Show The Shivas are back on tour, starting with The Fisherman’s Village Music Festival in Everett, Washington, then a brief stop in New York before they embark on their European tour, during which they’ll be producing their first live album. Their next single, “Doom Revolver” is out on May 23. 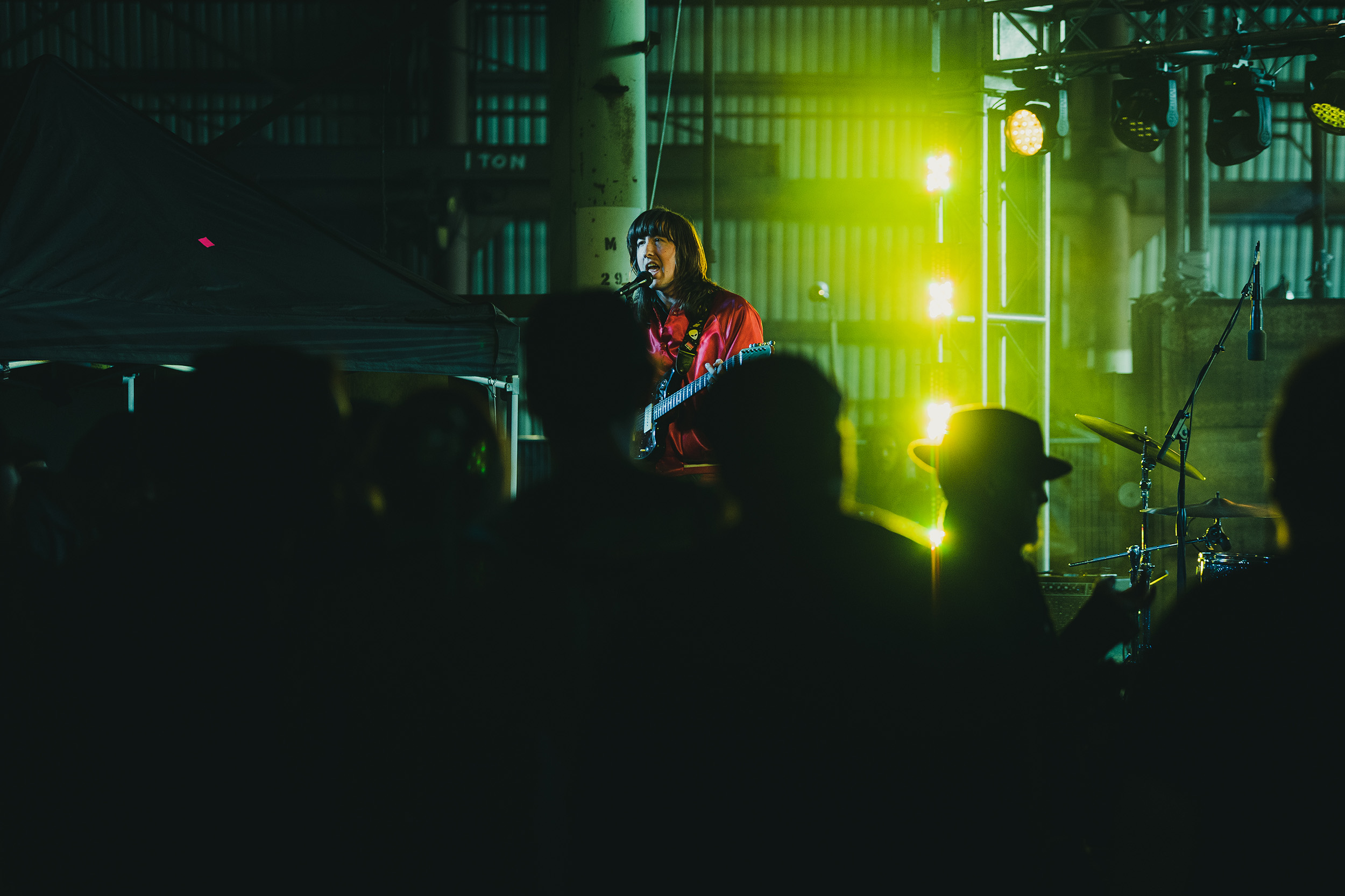