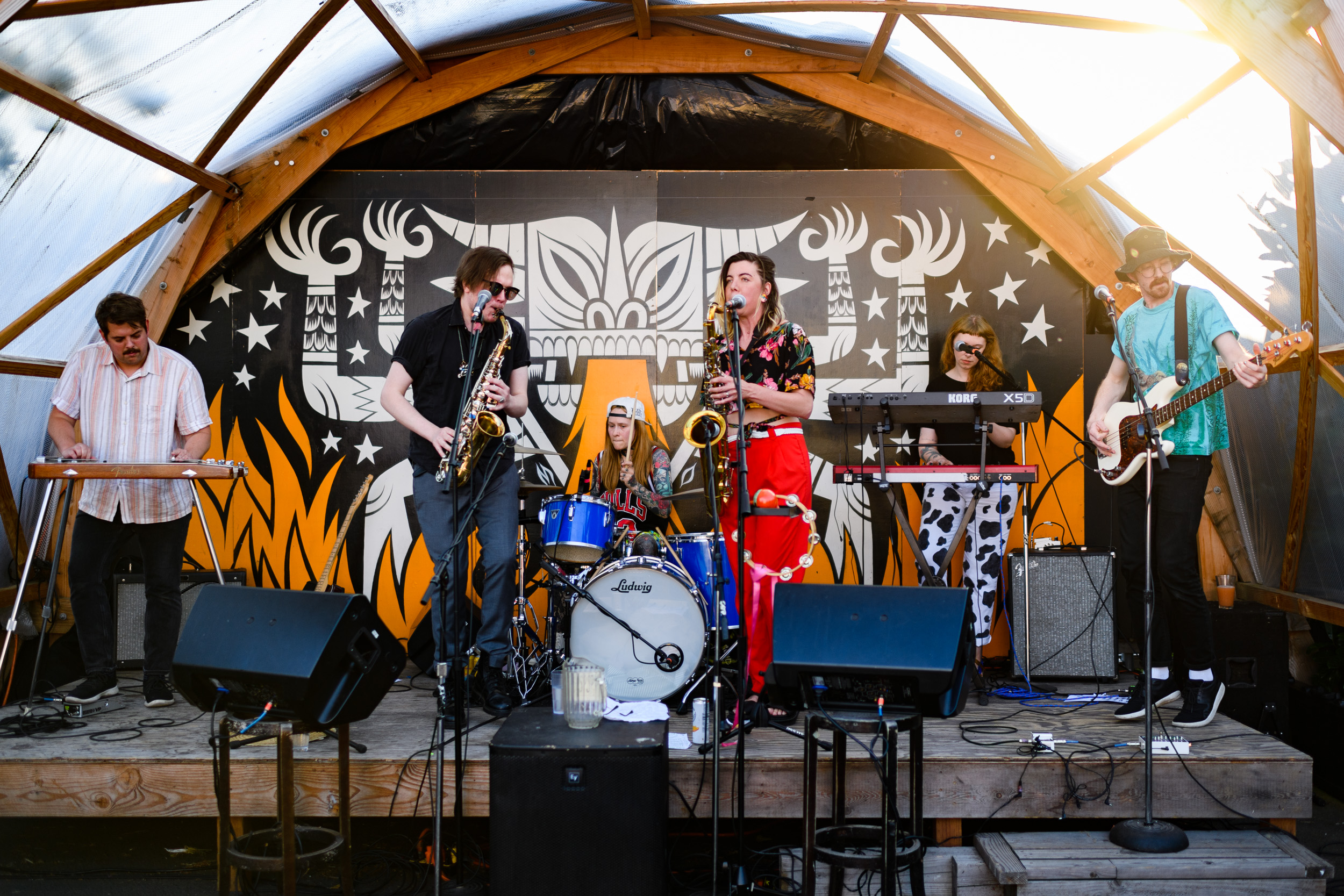 Front and Center with The Fur Coats

Killer sax performances don’t happen all too often. On my way to see The Fur Coats play at NE’s Kenton Club, I had a little vision of Tim Cappello thrusting away, rocking along to the dark synth sound waves – for which there is certainly a time and a place in my heart. Having a sax front and center can go a number of ways. In the case of The Fur Coats, it goes two: alto and tenor.

Vocalists Chris Karl Hoganson and Betty Downey, who are sweethearts off stage and power-duo onstage, each bust out their prospective saxes with a command that had all eyes and ears tuned in. Hoganson and Downey’s saxophones seemed like other members of the band, moving and dancing as their player’s fingers tickled up and down their spines. 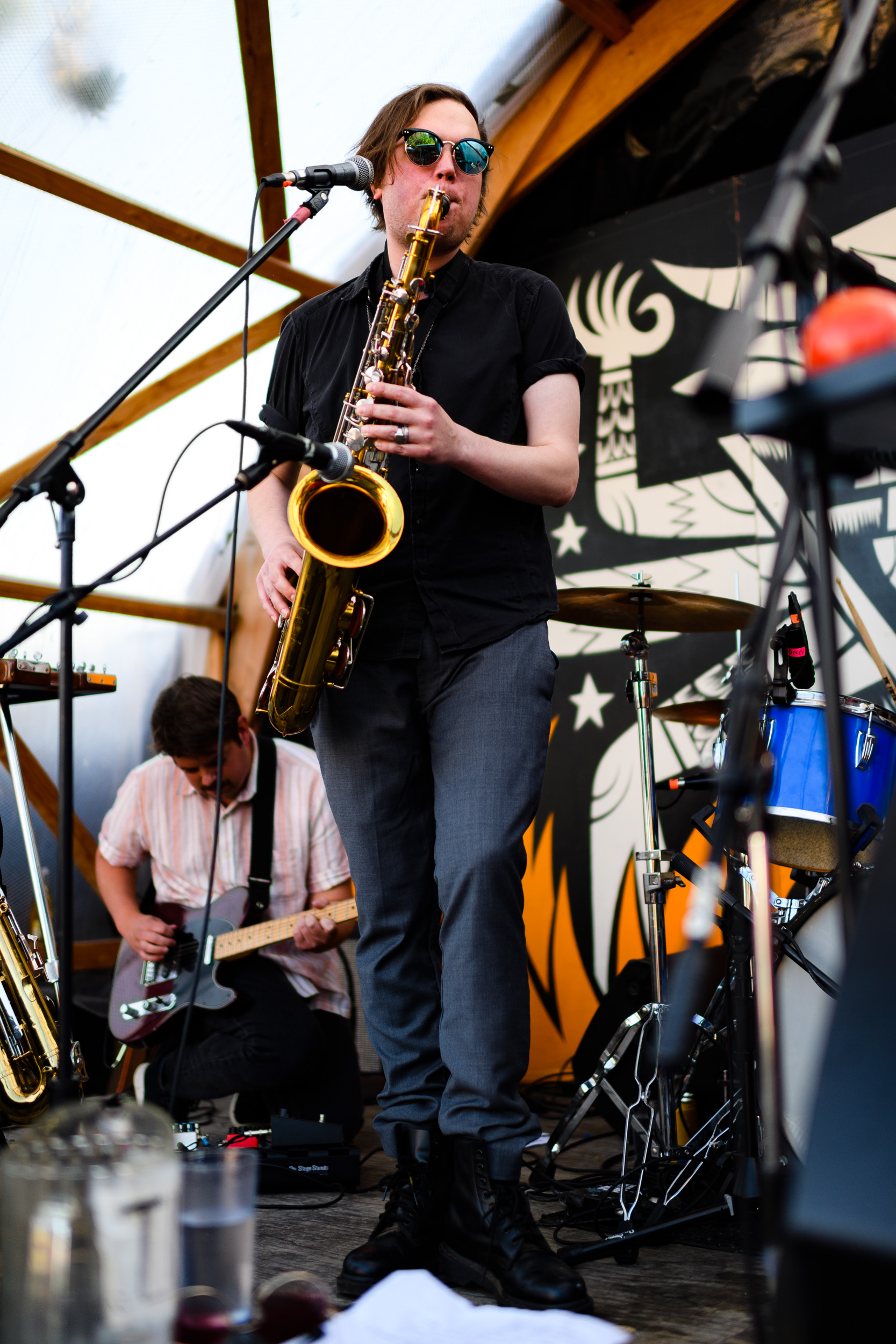 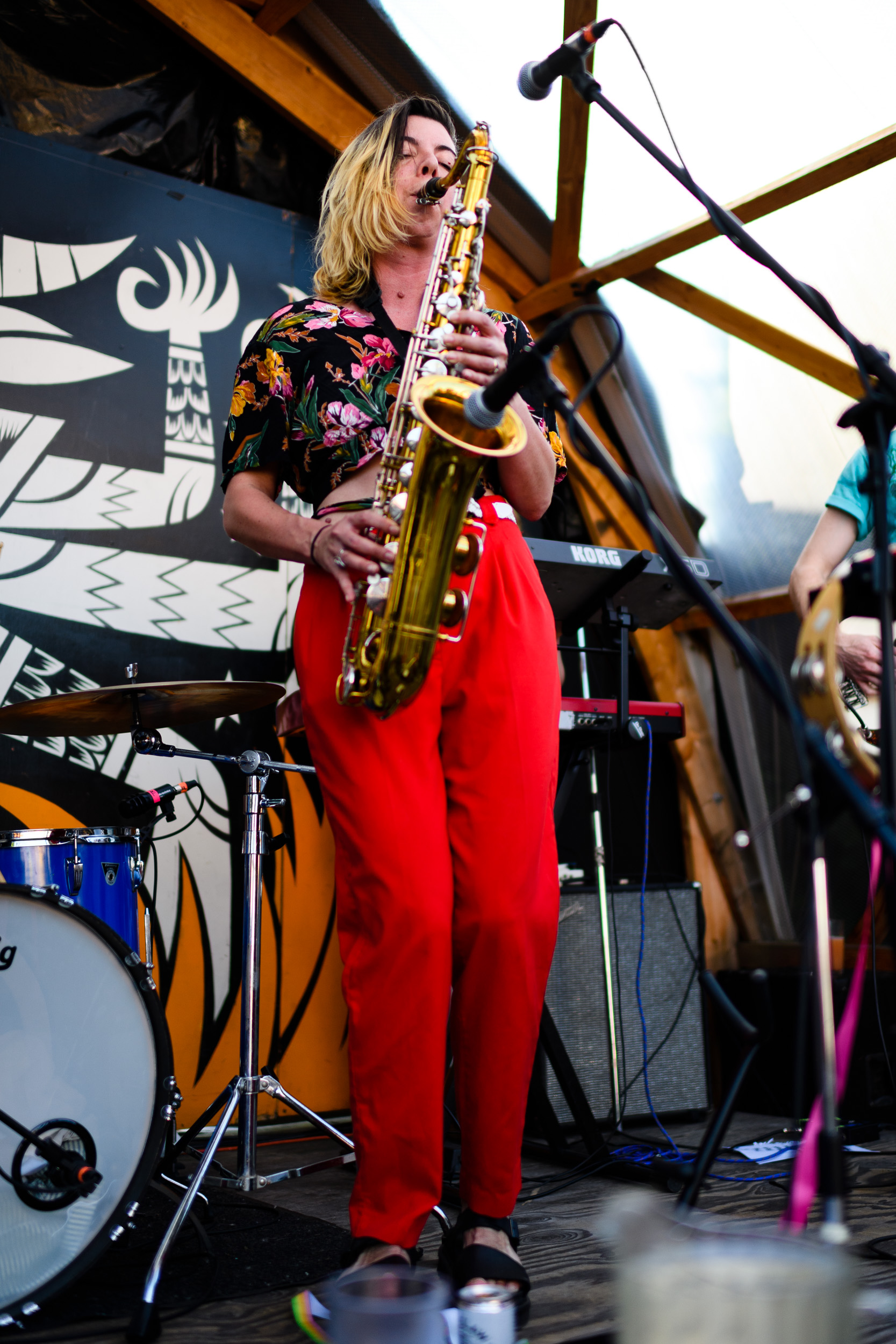 Hoganson and Downey can get down on some freaky fun times. The video for one of their biggest bangers, “Real Love,” depicts the pair back-to-back trippin on some acid and promising they’re about to show each other what real love really is. Live, the song takes on a whole new feel.

The Fur Coats have a refreshing stage presence that’s fun to be a part of. Although they are certainly cool, they’re not all too-cool-for-school.

“We have twenty minutes left but only three more songs, so…I guess I better think of more banter,” jokes Downey, teasing herself for her bantering skills (which, are a delight).

From Downey’s banter to bassist Nathan Weber’s dance moves (we see you), each person in The Fur Coats is fun to watch. They appear at home on the stage, experts at their craft. This comes as no surprise as every member also played currently or formerly with bands like Reptaliens, Charlie Hilton and a number of others. 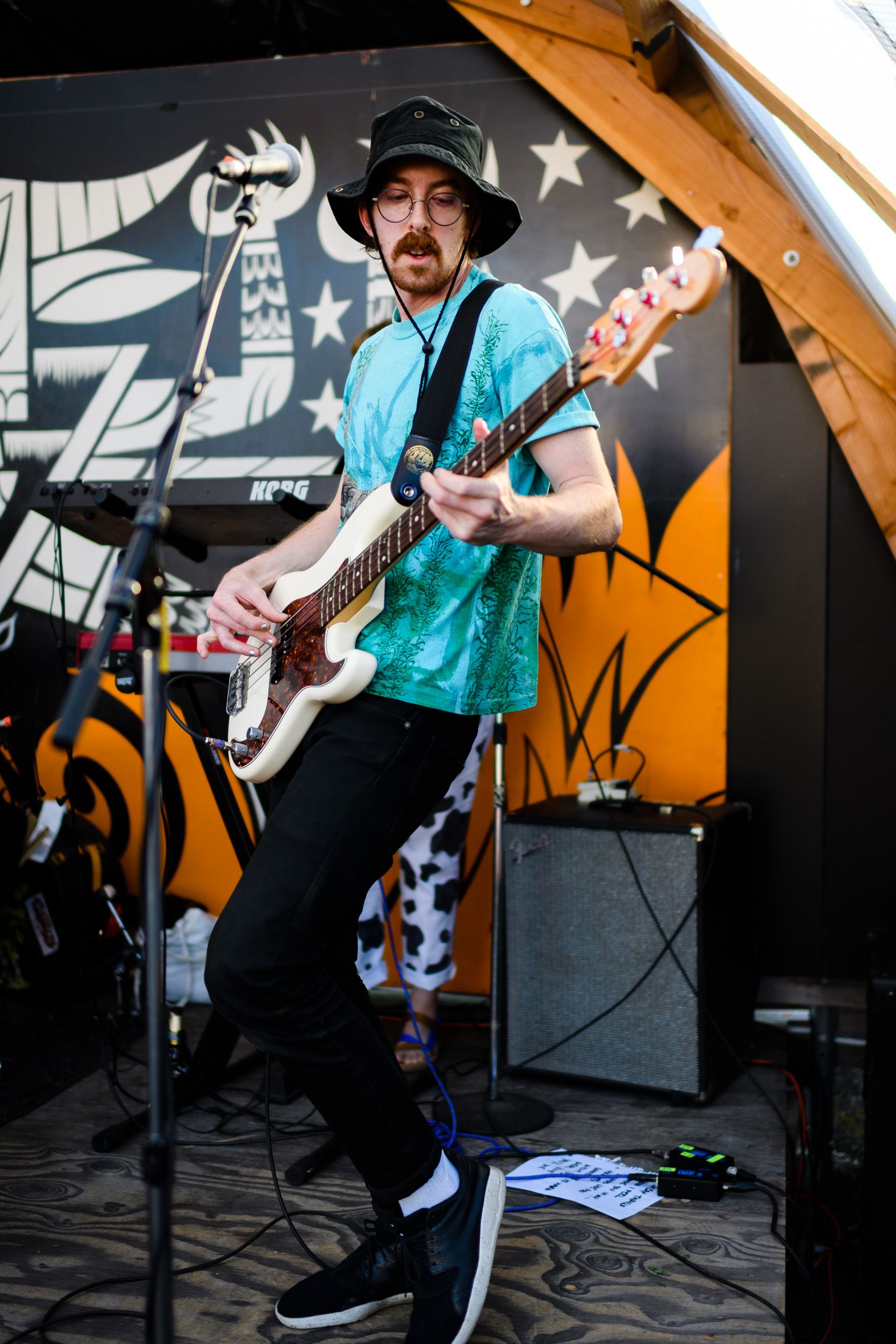 Downey shares that the band wants to play as many outdoor shows as they can this summer. One notable show will be at this August’s PDX POP NOW! Festival, happening August 22-28, a festival that for several years has featured the band in their lineup (and in the 2014 playlist album).

While their studio albums emphasize more of their dreamy psych pop feel, the band’s live performance brings out more soul and a little spunk. The Fur Coats take all the best parts about pop music – the energy and beat, the singable lyrics – and add sophistication and beauty while excluding the commercial cheese. Hoganson’s vocals are like young David Byrne meets Alexander Paul Kapranos Huntley (Franz Ferdinand) with something uniquely his own. Downey and Hoganson both repeatedly hit all the notes you’re not sure they will then pause between songs, breathless and energized, to thank us for listening. Pleasure’s all ours.